As the monsoon season is underway, and there are several places inundated with potholes; various streets in the capital Kathmandu and the nearby municipalities are seen with waterlogged areas.
The garbage collected in manholes and the potholes become dangerous especially during evenings when there are no street lamps across the city.
The city’s garbage creates common problems for city dwellers who commute daily in their bicycle, motorcycle, car, taxi, and in other public transportation. The trash and potholes not only create havoc for the local people who commute but also give a somewhat pessimistic impression to tourists and foreigners who come to visit Nepal for the first time.
Passing through garbage collection places can also cause skin damage, malaria, dengue, and other forms of bodily diseases as murky water provides breeding grounds for insects, pests, and mosquitoes. Valley residents are worried about the growing number of gutters, drains, and potholes resulting from our unfavorable road conditions.
I have not seen anyone in the Kathmandu city who does not complain about the bumpy ride they get while traveling in their private vehicles to work or home.
Since the recent great earthquakes that took thousands of innocent lives and destroyed our homes, what have we done for the people who have suffered the most? Just false promises. 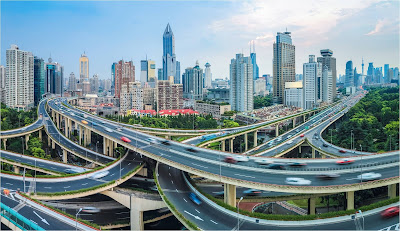 When other developing countries are already adopting a new method of expansion in improving their country’s economy, architecture and infrastructure in general to “smart cities” and “digital homes.”
I feel ashamed of seeing how the ordinary people of Nepal can be so naive and devoted to their political gatherings and parties. It is time to take charge and demand better civic infrastructure from all the concerned authorities.
In twenty-five years from now, given the same political set-up, I feel more pessimistic about my homeland because we cannot just pretend that our beloved cities resemble some exotic cities in Europe or Switzerland without working hard towards improving them.
In a nutshell, gone are those days when we contemplated our politicians would do greater good for our streets and cities.
A new country’s awareness campaign would be to create digital tools; e.g., apps, digital, and community-driven tools to highlight the gross oversight of the public officials, especially the government subcontractors and local municipalities.
A version of this article appears in print on August 09, 2016 of The Himalayan Times.
Posted by Mybheja at Tuesday, August 09, 2016 No comments: