I do not know what are you ruminating on for the new year. Despite, I would like to tell you what are my wishes for the upcoming new year 2016. Nearly everybody would like to see an end of an ongoing Madhes crisis, and people to live a healthy life. I wish everyone will look beyond the boundaries of caste and ethnicity and live above nationalism. For those who do not know about nationalism - it is a doctrine that emanated as a reaction to anarchist ideologies during nineteenth-century that has core roots of authoritarian politics.

Nationalism has led to largest known catastrophes in human history.  I wish our incompetent government will start to distribute and accord more to those who were severely affected by the great earthquake. Einstein was right when he said, “Nationalism is an infantile disease. It is the measles of mankind.” The nationalism that is merely bounded with provincial mentality impedes the significant concerns facing humanity.

I  hope that people will fight for their freedom with the ruling parties of this country, and the Government will address the demands of an agitating parties and hopefully, amend the constitution and make it flexible enough for agitating parties. In doing so, those who are marginalized Dalits, Janjatis, Tharus, and Madhesis especially will feel equal citizens of the country, and can partake in new constitution 2072. 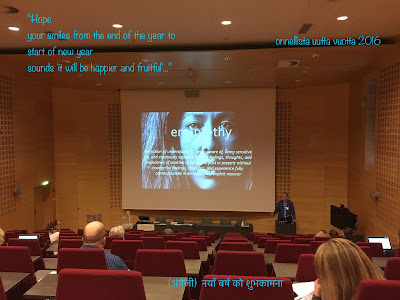 Whoever is responsible for closing schools and colleges in our country should think twice before shutting down the schools in the new year. I wish schoolgoers would be allowed to get a good education without the hindrance of any political parties. I also wish that our industries will frequently run in any parts of the country without any bandh or political blockade.

My sources inform me how dire and miserable our life has become (lack of cooking gas, no gasoline for travel, lack of electricity crisis, and the rise of the black market economy). We have no energy and synergy to dethrone those political pundits in power. I hope to see these politicians look beyond their personal self-interest and work towards fulfilling goals and aims of ordinary people.  However, if wishes were horses; beggars would ride long.

In summing-up, I know it is not easy to achieve our goals simply by wishing for them. Most of my fellow countrymen would agree with me that they would like to see a substantial decrease in the black market economy, and a dramatic increase in investment, reduction in road accidents, and a dramatic improvement in education standards. As the year will end and the new year brings fresh hope and aspirations, I wish there will be a less political game, and contemplation around, and more development, and concrete actions plans, and implementations. A little dusting of understanding for the New Year will do more good than harm. Wishing you a prosperous and Happy New Year 2016.
Posted by Mybheja at Friday, January 01, 2016