Benazir Bhutto, Prime Minister of Pakistan
Beijing, 4 September 1995
As the first woman ever elected to head an Islamic nation, I feel a special responsibility about issues that relate to women. In addressing the new exigencies of the new century, we must translate dynamic religion into a living reality. We must live by the true spirit of Islam, not only by its rituals. And for those of you who may be ignorant of Islam, cast aside your preconceptions about the role of women in our religion.

Contrary to what many of you may have come to believe, Islam embraces a rich variety of political, social and cultural traditions. The fundamental ethos of Islam is tolerance, dialogue, and democracy.

Just as in Christianity and Judaism, we must always be on guard for those who will exploit and manipulate the Holy Book for their own narrow political ends, who will distort the essence of pluralism and tolerance for their own extremist agendas.

To those who claim to speak for Islam but who would deny to women our place in society, I say:

The ethos of Islam is equality, equality between the sexes. There is no religion on earth that, in its writing and teachings, is more respectful of the role of women in society than Islam.

My presence here, as the elected woman prime minister of a great Muslim country, is testament to the commitment of Islam to the role of women in society.

It is this tradition of Islam that has empowered me, has strengthened me, has emboldened me.

It was this heritage that sustained me during the most difficult points in my life, for Islam forbids injustice; injustice against people, against nations, against women.

It denounces inequality as the gravest form of injustice.

It enjoins its followers to combat oppression and tyranny.

It enshrines piety as the sole criteria for judging humankind.

It shuns race, colour, and gender as a basis of distinction amongst fellowmen.

When the human spirit was immersed in the darkness of the Middle Ages, Islam proclaimed equality between men and women. When women were viewed as inferior members of the human family, Islam gave them respect and dignity.

When women were treated as chattels, the Prophet of Islam (Peace Be Upon Him) accepted them as equal partners.

Islam codified the rights of women. The Koran elected their status to that of men. It guaranteed their civic, economic, and political rights. It recognised their participative role in nation building.

Sadly, the Islamic tenets regarding women were soon discarded. In Islamic society, as in other parts of the world, their rights were denied. Women were maltreated, discriminated against, and subjected to violence and oppression, their dignity injured and their role denied.

Women became the victims of a culture of exclusion and male dominance. Today more women than men suffer from poverty, deprivation, and discrimination. Half a billion women are illiterate. Seventy percent of the children who are denied elementary education are girls.

The plight of women in the developing countries is unspeakable. Hunger, disease, and unremitting toil is their fate. Weak economic growth and inadequate social support systems affect them most seriously and directly.

They are the primary victims of structural adjustment processes which necessitate reduced state funding for health, education, medical care, and nutrition. Curtailed resource flows to these vital areas impact most severely on the vulnerable groups, particularly women and children.

That is why Pakistan, the women of Pakistan, and I personally have been fully engaged in recent international efforts to uphold women’s rights. The Universal Declaration of Human Rights enjoins the elimination of discrimination against women.

The Nairobi Forward Looking Strategies provide a solid framework for advancing women’s rights around the world. But the goal of equality, development, and peace still eludes us.

Sporadic efforts in this direction have failed. We are satisfied that the Beijing Platform of Action encompasses a comprehensive approach toward the empowerment of women. This is the right approach and should be fully supported.

Women cannot be expected to struggle alone against the forces of discrimination and exploitation. I recall the words of Dante, who reminded us that "The hottest place in Hell is reserved for those who remain neutral in times of moral crisis."

Today in this world, in the fight for the liberation of women, there can be no neutrality.

My spirit carries many a scar of a long and lonely battle against dictatorship and tyranny. I witnessed, at a young age, the overthrow of democracy, the assassination of an elected prime minister, and a systematic assault against the very foundations of a free society.

But our faith in democracy was not broken. The great Pakistani poet and philosopher Dr. Allama Iqbal says, "Tyranny cannot endure forever." It did not. The will of our people prevailed against the forces of dictatorship

But, my dear sisters, we have learned that democracy alone is not enough.

Freedom of choice alone does not guarantee justice.

Equal rights are not defined only by political values.

Social justice is a triad of freedom, an equation of liberty:

Delegated, sisters, the child who is starving has no human rights.

The girl who is illiterate has no future.

The woman who cannot plan her life, plan her family, plan a career, is fundamentally not free….

I am determined to change the plight of women in my country. More than sixty million of our women are largely sidelined.

It is a personal tragedy for them. It is a national catastrophe for my nation. I am determined to harness their potential to the gigantic task of nation building….

I dream of a Pakistan in which women contribute to their full potential. I am conscious of the struggle that lies ahead. But, with your help, we shall persevere. Allah willing, we shall succeed.
Posted by Mybheja at Monday, February 21, 2011 No comments:

Quote Me Everyday --a quote

Here is one video created by friend of mine who has great video company Sesam Production Oy in Lappeenranta, Finalnd... you may visit his webpage at http://www.sesamproduction.fi/

This video is simple presentation of a quote from book, Quote Me Everyday, see Jaunary 6th in the book...

The book is available at Amazon
Posted by Mybheja at Saturday, February 19, 2011 No comments: 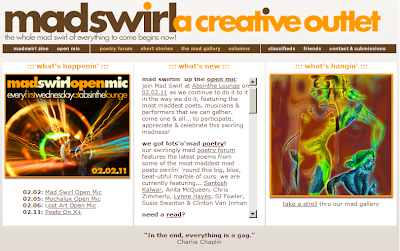 Posted by Mybheja at Wednesday, February 02, 2011 No comments: