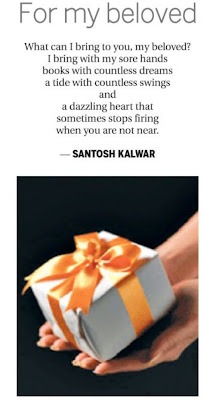 To bribe or not to bribe

On auspicious Nepalese new year 2070 B. S., I was on a wild tour inside the Kathmandu valley with my new Royal Enfield Desert Storm. The traffic police were doing the routine checkups, and I had to show my driving license.

The good thing is that regular routine checkups by traffic police in our country are frequent. The bad thing is that unfortunately (for me), I had forgotten my driving license at home and I ended up in a very difficult situation. Nevertheless, the traffic police was "fair" and he requested two hundred rupees bribe, for not giving, a ticket.

As I am not a stranger with the streets of Kathmandu, the situation was very common. However, I could have simply bribed the officer and distanced myself from any punishments. I thought of giving him two hundred rupees but refused. I rather opted for a ticket and a harsh punishment. As I simply have seen from trucks and bus drivers bribing traffic officers with Nepalese green notes (Rs. One hundred and beyond). This time I wanted to see what happens if I won’t bribe the traffic officer.

Of course, it was not about paying simply few green notes. It was about bribery, corruption, honesty, and responsibility. It is generally well understood that to get things done timely, and efficiently one has to bribe and pay extra rupees to officers, either for governmental or non-governmental works. To take a bribe is regarded crime in Nepal and elsewhere. In my humble opinion, I think to give a bribe should also be considered as the crime.

While big corruption and bribery cases are abundantly reported in news and media, some of these minor cases are left unheard. As per my heroism of not bribing the officer, I had to walk back home and leave my shiny Royal Enfield with the officer in-charge. While walking back home, I was left with more questions than answers. Why did I chose not to bribe the officer? What if, I would have given few hundred rupees and, everybody can have a win-win situation? Why was I acting strange? Maybe I wanted to learn that bribing is easy in our society. As they famously say in some Bollywood movies, “paisa feko, tamasa dekho” (throw the money, then see the drama).

I am not upset that I had to walk back home alone in a moderately hot and shiny summer day. I am upset that we are the creators of corruption and bribery in our society. It is we who should take responsibility to give (or not to give) bribe. If everyone follows the written rules, bear patient, and neglect the unwritten ones, I think we can start the journey of building corruption-free Nepal someday. I don’t know what is your resolution in Nepalese new year, but I’ve decided not to give and take few extra bucks for doing (and not doing) things quickly and efficiently.
Posted by Mybheja at Friday, May 10, 2013 No comments:

Private school have a monopoly in our country “Overcome defiance“ (THT, April 25, Page 8). As quality is not something that is replaceable with quantity, the opening of several private schools only suggests business-oriented outlook of education in Nepal. As a result, many private schools fail to provide quality education to the pupils (based on observations report of friends, neighbors, and families).

Private schools should be open, collaborative, and they should provide good opportunity for both parents and children to get enough out of schools. However, increase in tuition fees, selling textbooks, and hidden costs have become common norms in the private schools. Privatization of schools has its own severe implications. For example, the unrevised textbooks and learning-by-heart (rote-learning) are a bygone concept implemented in these schools. The result of private education can be seen when a student opts for higher education in foreign countries, where new education methodologies and new teaching techniques are used.

If we want our children to marvel and excel in education, we should focus less on giving money (with a myth that increase in tuition fee will provide quality education) to private schools. Rather we should concentrate on developing their skills set by providing quality research, training, and knowledge (with a motto: “I learn, I earn“).

Nevertheless, I hope District Level Fee Fixation and Monitoring Committee will find more private schools indulging in malpractices and give justice to both children and parents.